Drive with our team of Champion Driving Instructors 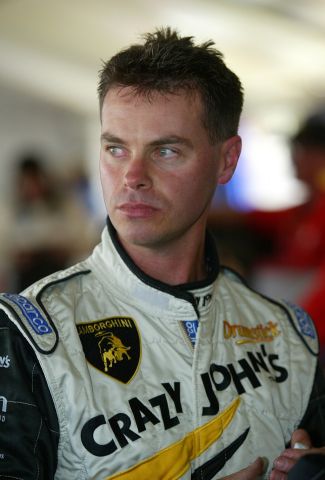 Since the inception of Nations Cup in 2000, Paul together with Lamborghini has won over 75% of all races contested. Paul holds the record for the most wins in a season at 13 in 2001. He has the outright most podiums at 47 - 1st, 18 - 2nd, 6 - 3rd. He holds qualifying lap records at 6 circuits and race lap records at 7 circuits. His consistency and ability to get the car home have resulted in 5 National Championships.

Bruce has worked in the driver training industry for over 16 years as well as being an extremely accomplished race driver.

In 2010 Jonathon will be driving a car prepared by the experienced Dick Johnson Racing Team alongside its existing Jim Beam entries. Jonathon was crowned champion of the Fujitsu V8 Supercar Series in 2009. After beginning his career in Porsche Cup racing, Webb moved into the Carrera Cup when it kicked off in 2003 and remained in the all Porsche series through to the end of 2006. But while he was still racing Porsches, Webb made his V8 Supercar debut alongside Marcus Marshall at Sandown and Bathurst and made the move into the Fujitsu Series in 2007 in an ex Marcos Ambrose Falcon. Currently driving for Stone Brothers Racing in the 2008 Fujitsu V8 development Series.

Nathan has worked with Fastrack Racing doing race driving tuition for 16 years and also worked extensively throughout Australia for Holden with their car launches and driver training and other manafacturers such as Mercedes Benz, AMG, Lamborghini, Porsche, Maserati. Now also has his own Driver training business teaching people how to drive race cars.

Without a doubt, the highlight of Pretty's career came in 2002 when, along with his team-mates, Steven Richards, Garth Tander and Cameron McConville, he drove Holden Motorsport's now infamous yellow 7 litre Monaro to victory in the inaugural Bathurst 24 Hour race. Pretty and his team-mates returned to Mt Panorama the following year to finish second to Peter Brock, Greg Murphy, Todd Kelly and Jason Bright in a spectacular Holden Monaro 1, 2.

Nathan is the current Australian and World champion in the 400 class of Jetsprint boat racing.